On July 30, 1954 Elvis Presley opened for headliner Slim Whitman at The Levitt Shell in Memphis, TN in what music historians call the first-ever rock and roll concert! In honor of this monumental occasion and in celebration of The Levitt Shell’s mission, Building community through free music, students designed T-shirts and posters for exhibition at Memphis College of Art.

The collection truly captures the spirit and culture of the Levitt Shell Community and Rock and Roll. 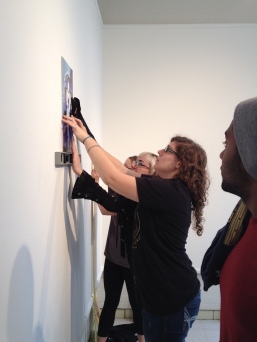 The exhibition artwork was sponsored by a donation from Carroll and Christine Todd and in honor of Dr. Ron Jones and his wife, Carol.

First place was awarded to Ashley Segarra who’s work is available for purchase at the Levitt Shell over the fall concert series. Runner-up competition winners will be announced at the opening reception and will receive tickets to the Stars at the Park Performance at The Levitt Shell on October 22.