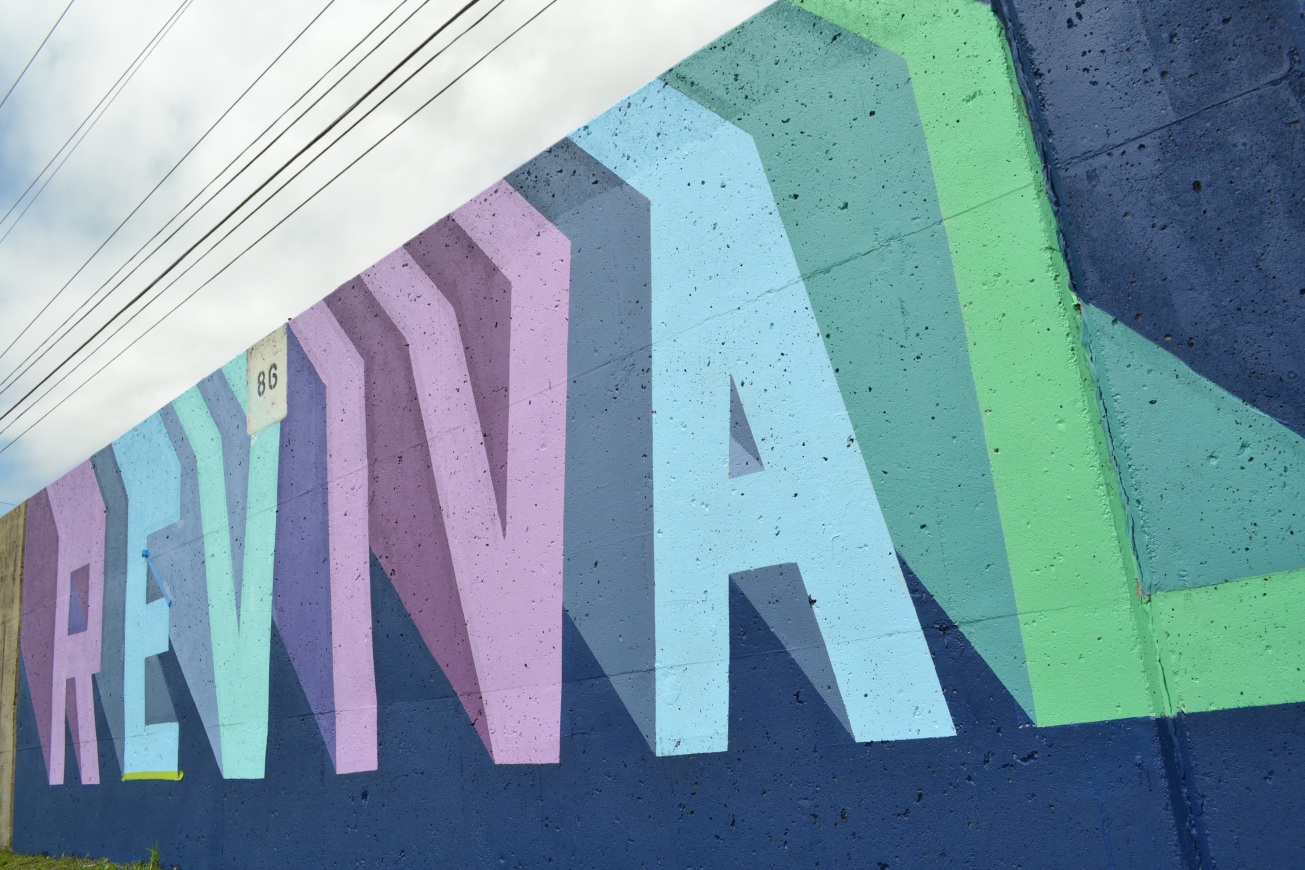 As a sort of citizen-driven placemaking endeavor, this example of artistic intervention serves as a catalyst for greater change in the under-served area of N.Evergreen and Chelsea.

The design, inspired by the post-industrial aspects of the site and fused with concepts of geometry and optical art, provides a sense of movement, change, and altered perspective that references messages of a reimagined, renewed or revived site.

The project was made possible by an Autozone Artszone grant and the support of local community members and Greater Memphis Greenline. The project was facilitated by MCA design professor, Cat Normoyle and a select local team.

The work, completed in late March of 2015, initiated the later public art graffiti project, Paint Memphis, aligned with the Hip Hop festival in July to paint the remaining 70+ panels. The revived Chelsea flood wall is now a permission wall.

The green area in front of the wall is the future site of Greater Memphis Greenline, a walking and biking path that connects downtown Memphis to Shelby Farms Park. 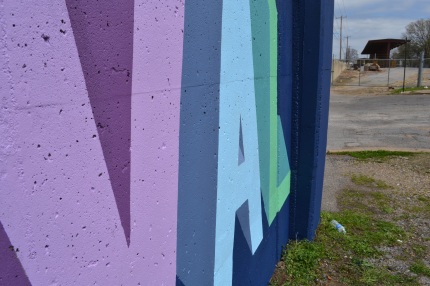 One thought on “The Revival of the Chelsea Flood Wall: Community activates Future Site of the Greenline”